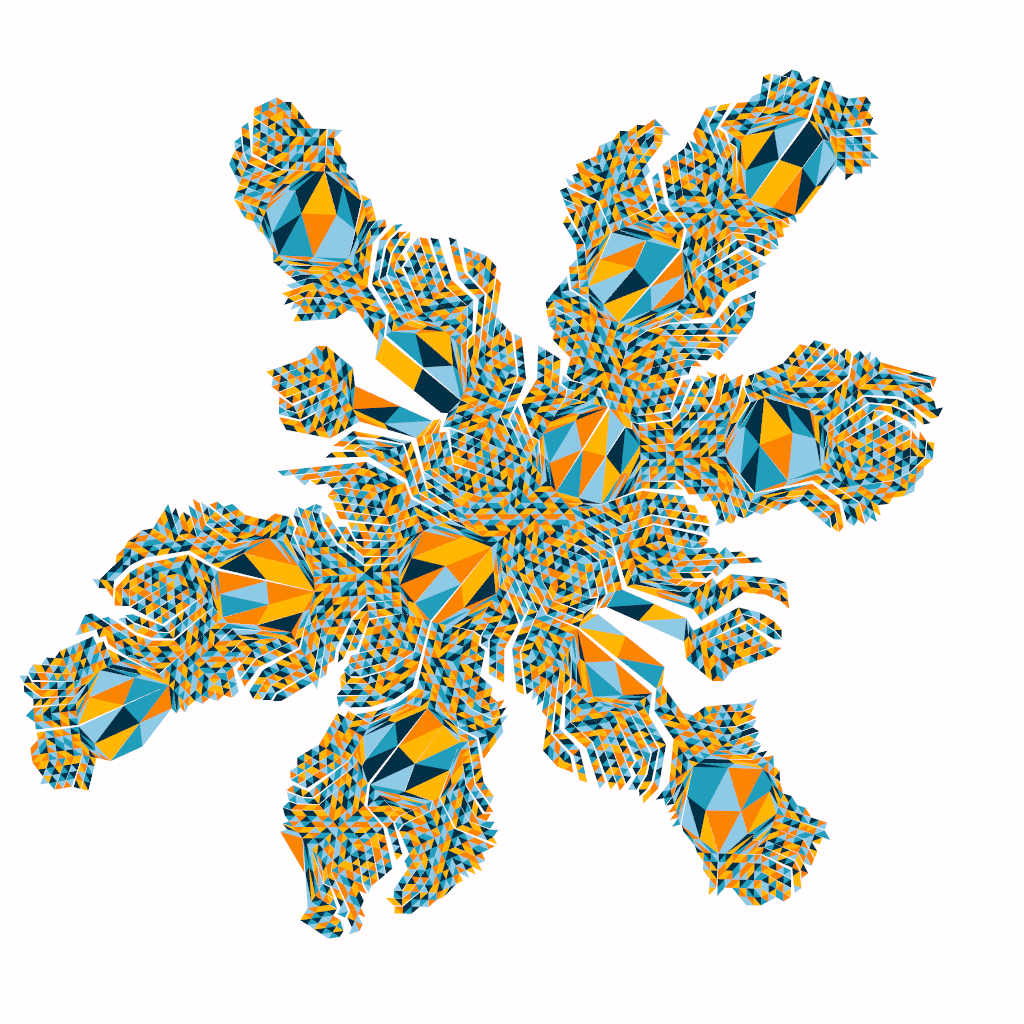 “Unfold” is an implementation of the paper Unfolding Polyhedra Method for Design of Origami Structures with Creased Folds, as described in the book Active Origami. The input to the program is a 3D model (in the form of an .obj file), and the output is a rendered image of the unfolded mesh. The resulting pattern often exhibits complex structure, but the algorithm to find such an unfolding is actually quite simple. The goal of this algorithm is to find a net (i.e. an unfolding where no faces overlap) for the given convex polyhedron.

The faces of the goal mesh are rotated and translated into their positions in the net via a series of transformations: 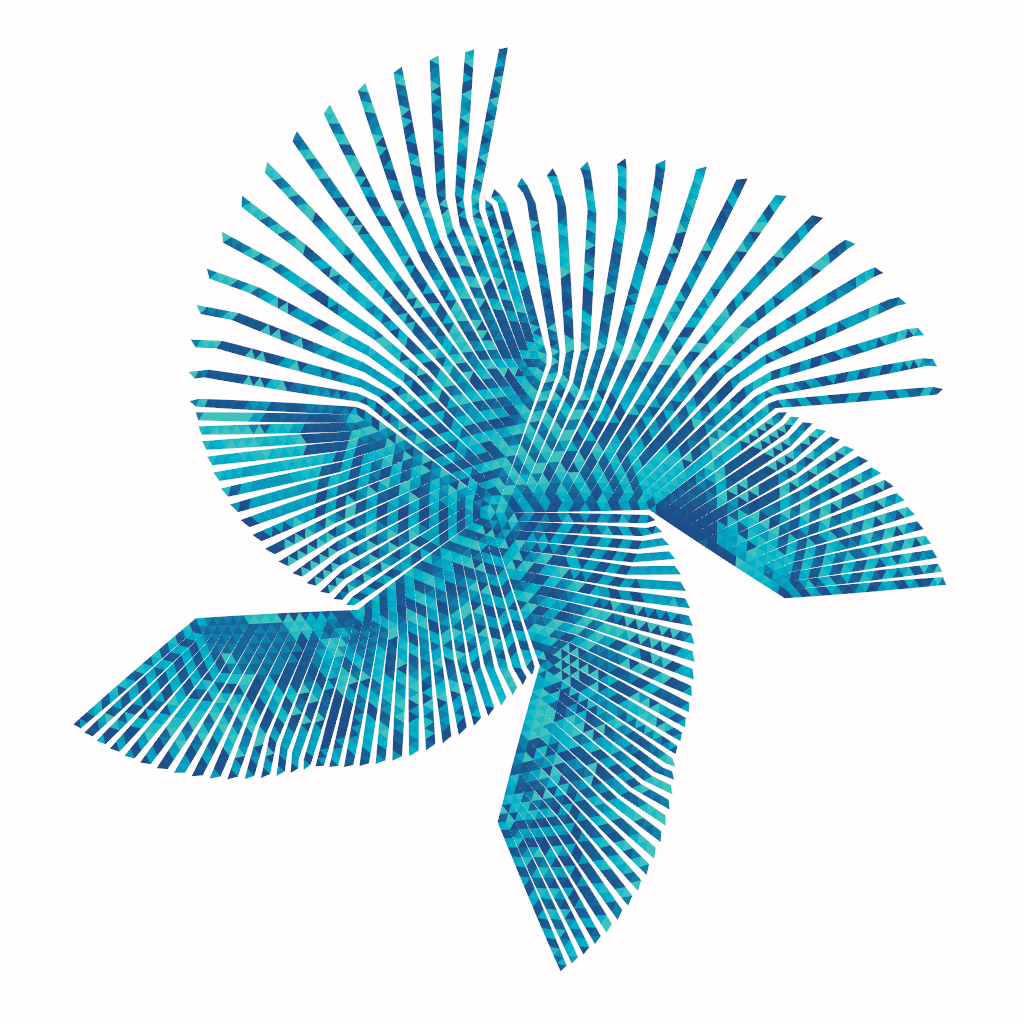 Determining whether every convex polyhedra has a net is still an unsolved problem (known as “Dürer’s conjecture”). However, many non-convex polyhedra do not admit a net. Practically speaking, this means that one or more pairs of faces will overlap in the unfolded net. This greatly limits the number of shapes we can “correctly” unfold using the algorithm outlined above. For example, a torus cannot be unwrapped using this method. Nonetheless, there are still many interesting designs we can produce.

The program is meant to be used as a commandline tool. Running the executable with --help will print instructions on usage:

The only required parameter is the path to the .obj file that you wish to unfold. As mentioned above, the output resolution can be set with the -r flag. The canvas will always be square. By default, it is set to 1024 x 1024.

A color palette can be provided in the form of a .json file with the following schema:

In particular, background specifies the background color of the canvas. polygons is a list of one or more colors that will be cycled through when drawing the faces of the net. All of these values should be sub-lists with 3 elements (RGB) in the range 0..1. Currently, there is no way to change “how” the colors are cycled through - this is something that I would like to add in the future.

After some computation, the application should launch a window displaying the final net. You can take a screenshot of this window using any standard screenshot utility that is part of your operating system. I’d like to have a button or small menu to do this, but for now, I’ve left it as-is (mostly because there isn’t a good way to take screenshots in Bevy yet - the library I’m using for rendering).

The rendered images featured on this page come from various convex shapes I’ve modeled and manipulated in Blender. I found a lot of interesting results by sorting the faces of the .obj file before processing. For example, sorting all faces based on the y-coordinate of their centroids (Blender has built in commands for doing this). This affects the order in which faces are added to the spanning tree and thus, the look and feel of the final design.

Eventually, I would like to make the software “headless,” so that it simply writes an .svg file without relying on a windowing system and/or OpenGL / Vulkan. This would make it easier to send the final net to a plotter or cutting / scoring machine.

There are, of course, more advanced algorithms that are able to handle non-convex objects. I am most interested in Tomohiro Tachi and Erik Demaine’s “tuck-folding” method for origami design, which can handle pretty much any goal mesh. This algorithm is implemented in their software Origamizer.

The methodology outlined in this repo was largely based on (and inspired by) the book Active Origami. If you are interested in the intersection of origami, engineering, and material science, I highly recommend you check out this book! The main difference between my implementation and the one described in the book is the use of the half-edge data structure for adjacency queries.

The platonic solids in the goal_meshes folder are from the following repository.

I learned how to make custom iterators in Rust from @nical’s own half-edge implementation here, which greatly simplified a lot of my code.